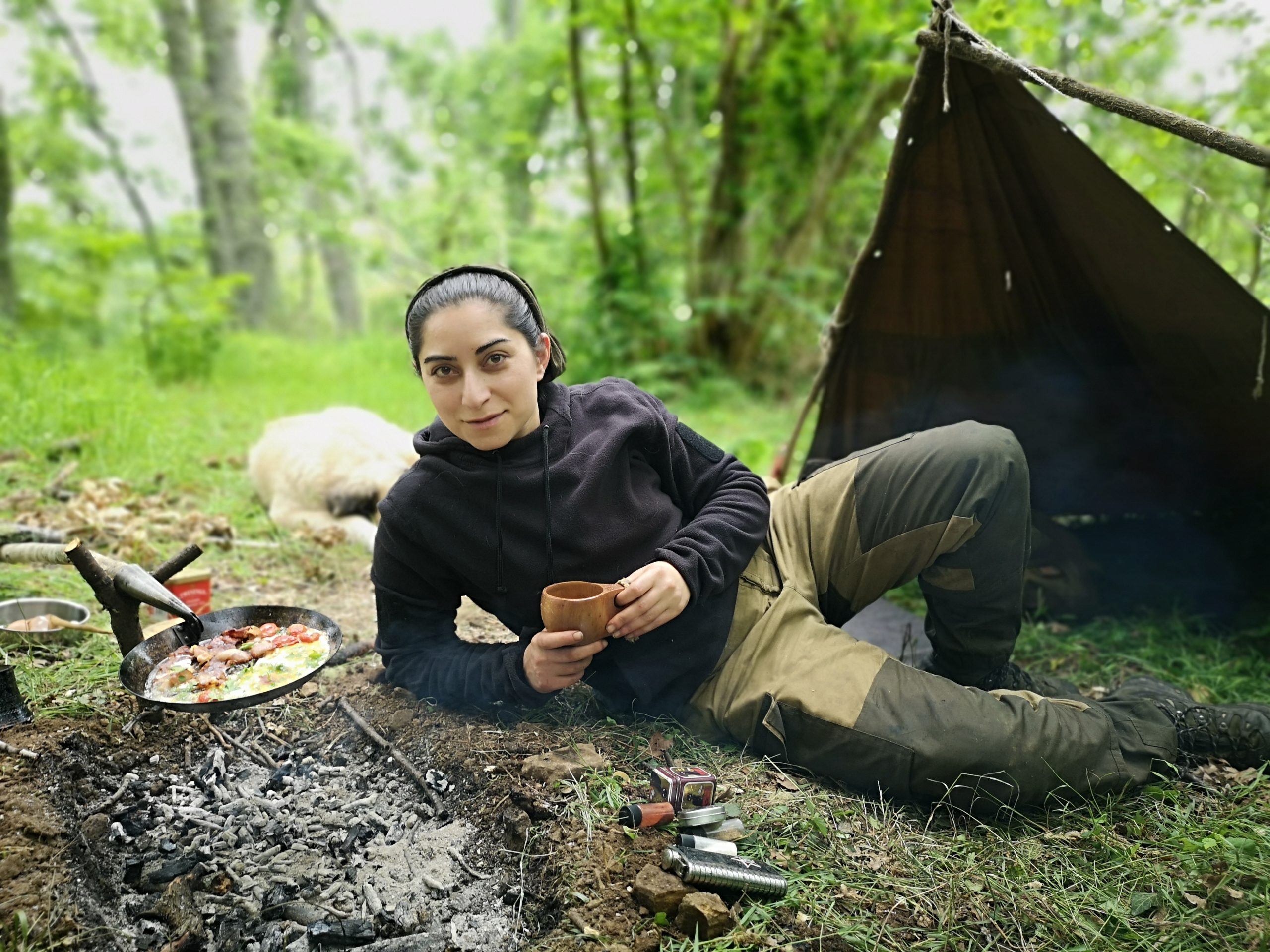 Укрытие (pronounced Ukrytiye) is a word that the Russians use to refer to a kind of roofing or covering, to that coat with which they feel safe from the black sky that owns the nights in the taiga when the sky shows constellations as old as the beginning of time. Although Russian is a fluent language, it sounds smoothly, like the great rivers of Siberia during the thaw Укрытие has another character, strong, strong as if something is coming to an end. If I had to translate it into English I think I would use the expression shelter. First time I heard the word Укрытие I was no more than 8 or 9 years old. We had gone out to the mountain and it was close to sunset. My grandfather Edvard stopped almost without a sound:

– Укрытие – he whispered, pointing to some giant beech trees.

I looked towards the top of the trees, imagining that someone had built a wooden roof in the middle of the forest from which a chimney protruded. My grandfather laughed without a single gesture, left the backpack at his feet and began to look for dead branches and wood. As soon as he called me by my name, I followed his gestures and tried to drag as many branches as he could find. When the shelter was ready we did not even have a roof but a large canvas supported at one end by a branch, like a kite that cannot take off and with which we covered ourselves from the wind that rose from the valley. But we could still see the sky. He made a fire, we had dinner, I don’t even remember what, and the next morning, almost by magic, he picked up the Plash Palatka that had served as our refuge and we continued our way. Today I still use those tarps that the Soviets called Plash Palatka to protect myself from the cold wind that rises at dawn. 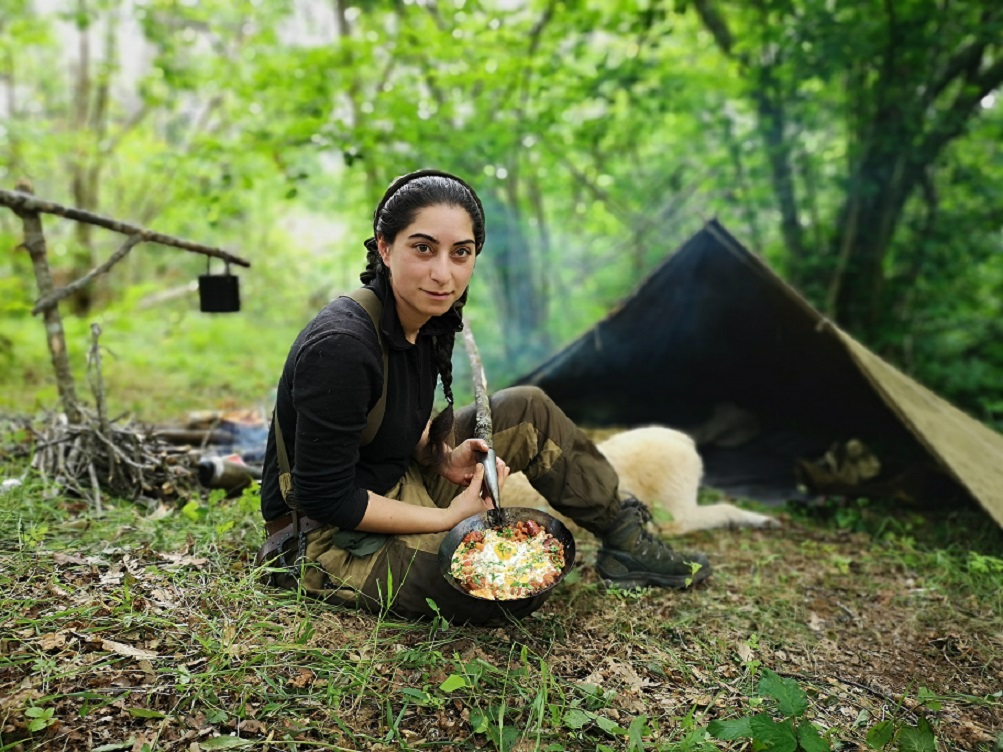 Man has always built shelters for protection: from the prehistoric caves to the arctic borders, whoever ventures into nature needs to protect himself from the wind, sun, snow or rain. But you also need to feel that the place you are in, however remote, belongs to you. You need a home. The shelter, a blanket, an awning, a tent, is our home when, in addition to going to the mountains, to the forest, we decided to stay.

It is true that in these modern times in which distances disappear and it seems that we dominate time at our wish nature has become a race like the days we live in a hurry: people go to the mountain and come back a few hours later with a thousand photos and as many selfies but with little time. Like a meteorite that travels the sky at full speed. But when we go to the forest and do not return because we stay in the forest one night, or two nights or many nights, the shelter becomes more than just a barrier against the wind or protection from the cold. The shelter becomes our home and that’s when the word Укрытие, roof, takes on its full meaning: with the shelter we have a home, a roof. And we stop being simple “homeless” men, we stop wandering to become people of the forest.

In ancient times man used branches or skins to have a roof at night. Times when we chased animals to hunt them and get food. Cotton clothes or sturdy tarps were used to set up camps around the fire as the soldiers, the trappers, the scouts entered unknown territories. But creating a home in the middle of nature requires not only the will to stay in that place but the effort to raise it up. Building a shelter with the means we find in the forest, wood, branches, leaves, moss, has the romantic appeal of creating something from scratch with your own hands, but it is an effort that requires too much time. And too much energy. Sometimes the natural shelter, as wonderful as it may seem, is a luxury that we cannot afford. So the shepherds carried wool blankets with them in which to bundle up. So our backpack is not a decoration or for the battery for the mobile phone. Like snails, in our backpack, on our back, we carry our home, a light tent, an awning, a tarp with which to raise our home sweet home wherever we decide to stop and spend the night. 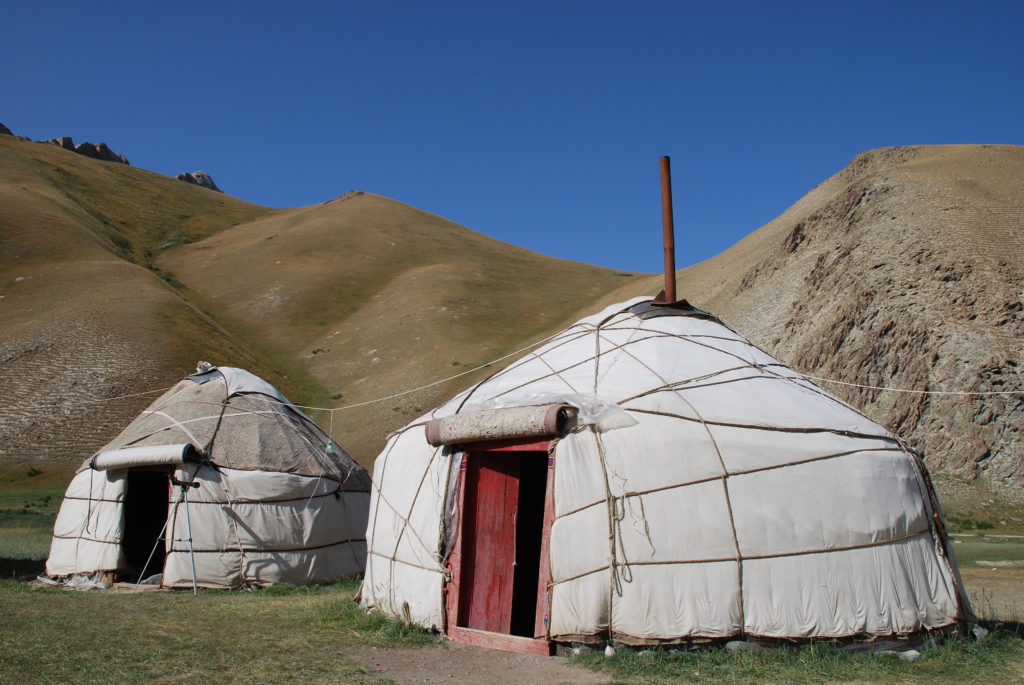 There are few places in the world more desolate than the steppe. In the few weeks that spring lasts, the steppe, covered in tulips, is an ocean in which colors sway, not waves. In summer it is hell and in winter it is hell swept by freezing winds. In the steppe, heaven and earth have looked into each other’s eyes for so long that they are so much alike as husband and wife that they have spent a lifetime together. Perhaps that is why it is a land of mirages. The border between earth and sky has been blurred. Only the Yurtas or Ger of the shepherds descended from those Mongols who moved through the same steppe a thousand years ago stand out in that infinity. Yurts are their refuge, their home. In the middle of the steppe, next to Lake Issyk-Kul, a Kyrguiz with prominent cheekbones, hard as stone and, between the wrinkles, two intelligent and confident eyes, invites me to his refuge. It offers tea in a porcelain bowl and something to eat, cabbage in brine, and balls of dry and salty cheese the size of marbles. It is all you have. It has everything you need. A refuge in the middle of the steppe. Your home in the middle of nowhere.